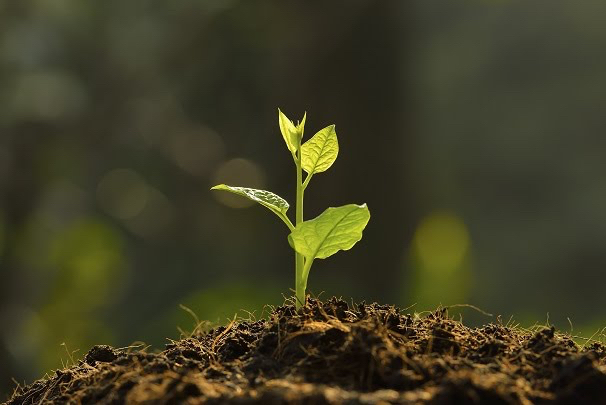 …people are coming together out of The Mist to make something great, and want to collaborate in the spirit of Scrum (The Spirit of the Game).

We often conceive of organizations in terms of the artifacts that their people create, such as legal documents, buildings, logos, policies and procedures. With respect to the all-important role of process, it is more useful to view an organization as a patterning of human interactions. If we understand these interactions well, we gain great insight into the workings of the organization as a whole (see [1], p. 208). To realize any of Scrum’s benefits in a traditional organization, the nature of these interactions must change. If groups mechanically follow Scrum rules while holding on to their usual patterns of interaction, they will not realize the framework’s real value.

Organizational values are the bedrock of the processes, structure, and atmosphere of the workplace (see “Values, spirituality and organisations: a complex responsive process perspective” in [1], p. 208). They are the framework within which organizational interactions unfold. In many cases, an organization’s articulated values are just corporate wall decorations, and the real values lie deeper and may long remain implicit. But if the values have teeth, the corporate culture might employ them to extract conformance in staff behavior. Good values are intrinsic and come from within. They enable team members to do their jobs. For example, if the team values transparency, problems will more likely surface earlier than if the team has learned to not “make waves.” Good values both reflect how members of the organization see themselves working and motivate people to work towards an agreed goal. Lesser values are extrinsic and strive to control people to do what might be against their will. Values must be a touchstone by which the team can both evaluate and justify their actions.

Whenever our own work depends on the work of others, there is a non-zero probability that the other people won’t complete what everyone expected they would complete. As a consequence, the team as a whole may fail. While the chances of such failure may be extremely small, the possibility of failure still creates a level of uneasiness. If the uneasiness is sufficiently large, even if it is unwarranted, people take defensive measures such as frequently checking on progress or limiting the freedom with which people may innovate or carry out their work. People may even try to commandeer others’ work.

People in general want to succeed and do their best at work so they can feel good about it. It might be reasonable to presume on everyone’s goodwill to find how to best work with each other; much of this is common sense. But in the heat of battle, as team members are working hard to a goal, it can be easy to forget the human element. Forcing the team to adhere to some external imposed set of values—particularly those for which the team does not feel ownership—may build resentment. But a laissez-faire approach too easily results in casual violations, even of common sense. People need to be reminded of the basics now and then.

To build a product of the Greatest Value requires that producers work in a way that allows the team to recognize such value when they achieve it, and to support decisions that carry the team in that direction. Where our interactions focus on our own concerns or controlling others, we limit the opportunity for growth: for others, ourselves, and the organization we are working in.

Demonstrate the values of Commitment, Focus, Openness, Respect and Courage in your day-to-day behaviors and interactions ([2]). This helps create a virtuous circle that supports transparency, and that makes it possible to build on the inspection and adaptation at the core of effective Scrum efforts. Explicitly enacting these values encourages others to improve their qualities of behavior and interaction as well. Fertile Soil nourishes both the incremental and momentous change (see Kaizen and Kaikaku) to carry you towards the Greatest Value.

The soil is tended and prepared, the seeds are watered, and when the seeds grow, the soil is maintained, weeded, and watered again until finally the fruit is ready - ([4], p. 242).

The first statement in the values of the Agile Manifesto underscores the importance of people and their interactions: “Individuals and interactions over processes and tools.” [5]

The Fertile Soil for Scrum requires you to commit to a goal, which may range from something as small as your immediate work to something as large as a Value Stream. Show your commitment to be complete and encompassing: commitment is all or nothing. Focus your efforts to meet your commitments. Be open about your work, show the successes, the failures and the impediments. Respect the people who work with you. Have the courage to do all this; see Chapter 9 in [2].

This pattern provides the medium in which to grow the organization's structure. The structures that grows from Fertile Soil will be your implementation of Scrum. Conway’s Law will give you guidance on how to create an adaptable organization where teams are decoupled from product architecture to allow crucial communication at the right time, between the right people, about the right thing. Other patterns that follow will help you structure and further refine your organization.

[1] Douglas Griffin. “Leadership and the role of conflict in processes of mutual recognition: the emergence of ethics.” In Complexity and the Experience of Leading Organizations, Douglas Griffin and Ralph D. Stacey (eds.) New York, NY: Routledge, 2005, p. 208.